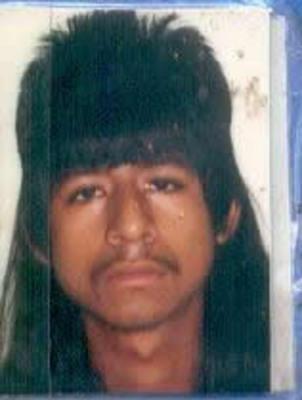 Kinda scared to NOT reply to his "whatup" ... he obviously is no stranger to hair product though....

I have been single for awhile now. I made a conscious decision when I got divorced to take a year and collect myself, not date and totally focus on my kids. Not that a single, 30-something of three kids with an ex who lives in Dramaville is a hot ticket. There were some who were beating down my door, but I used to say to them ” if you want to date me with the condition my life is in, then I do NOT want to date you.” To the general public, that is unacceptable for a woman to say. There are so very many people, of every generation, who firmly believe that a woman without a man is just sad and less than. And I guess I may have bought into that idea for a time. Probably a reason I stayed married for as long as I did.

When I decided that the time had come to dip my toe back into the pool, it was shocking. First of all, most of my friends are married. They are just now experiencing what I have already experienced. So, they had no idea what it was like for me to try to balance working, raising kids, and having enough energy to devote to the dating process. I never really enjoyed dating in the first place hence being married with kids at a young age. My friends thoughts I was nuts when I was checking out internet dating sites. “But you are so pretty and funny and smart! You don’t need to do internet dating!! That’s for losers!!” Great, thanks for the encouragement. And which one of them was setting me up with their husband’s single friends? Yup. None.

Now, I had some far out experiences when I first started this journey. I didn’t really believe that I was going to find true love on the internet. But I figured I may be able to figure out what I liked and didn’t, what I wanted and what I didn’t so that I could, at the very least, avoid making the same mistakes twice. I was using this as more of a learning experience. I had spent 12 years in an very confined, controlled relationship (that’s putting it nicely) so I had a bit of a learning curve to conquer. What was unbelievable to me was how many guys out there are married and trying to scout out an affair. Some wanted long term affairs, some wanted one night stands. That was eye opening. It was hard to wrap my mind around a man that thought he was offering me something really great when he was offering me a no strings attached affair. And certainly not something I was going to wrap my legs around.

The ones who were not married were difficult also. Many of them had these ideas of what they thought a woman should do and be. One guy sent me a list of what was acceptable to him as far as jobs, body appearance, income, and had a  detailed list of what was acceptable as far as a woman’s children’s interests. Now, not to pass judgement but, many of these guys had never been married, were in their 40’s and still living at home with a parent or a sibling.

The more I put myself out there the more I thought my friends were right. The internet is full of perverts and losers. But wait, I was out there, what did that make me? A pervert or a loser. There were a few nice guys, but no one that I was clicking with. I really was not enjoying myself at all. So many of these “men” were just looking for a new mommy for themselves or for their kids. I was not interested in dating a guy who didn’t have a life already. This was a good excercise for me. It really firmed up what I was looking for in a partner. I became more and more picky. I was no longer willing to settle.

I also came to understand that I was a feared commodity. Married women feared me. Which I found laughable at first. I knew I was no threat. I knew that I was not interested in a man who had a wife, or even one that had recently had a wife. My playing field was getting more and more narrow. I was becoming more and more savvy. But some of my married friends were still leery of any laugh that passed between me and their husbands. Their thought was men are pigs but if we women didn’t cater to their piggish wants then they could not be pigs. Therefore, it was actually women who were the problem. This logic is almost funny. I agree that women who refuse to participate in an extra marital affair are part of the solution, the converse, that women who do participate are only PART of the problem. Men are the other part of that problem.

Many of these guys are such textbook, classic cases of dysfunction it was seriously bizarre. One email and they believed we were “dating”. One date and they thought we were engaged. Two dates and we were as good as married. Unbelievable. Part of my personal journey was developing and stating my boundaries clearly. What was strange was that I would state my boundary and these “men” would just simply not believe me. I am not sure if they thought I was kidding, or that I just didn’t really know what I wanted. But it was almost like what I had said they just didn’t hear. Despite me saying it repeatedly, to their face, in writing, with witnesses. Maybe if I had told them on Jerry Springer they would have believed me. Scratch that, they would have probably used the opportunity to propose on national television.

Recently I have been dating a man I met a few years ago. We reconnected recently coincidently and I genuinely like this guy. Not to the point of introducing him to my kids. We are getting there I think. But I am in no rush. I have not only survived, but thrived in my post divorce life. My kids keep me busy, I have great friends and work, school and a fantastic social life!! He is someone who is adding to my life, not draining it. He has his own life, rich and fulfilling and he is fun all on his own. He is not looking to me to complete him. He is looking for me to join him on his journey. To see if he may have a place in my journey. It’s good stuff so far. One day at a time my life changes. This too shall pass, the good and the bad.

Did I mention he’s a doctor?