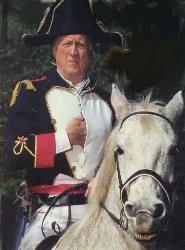 As we arrived in Boston, on the Esplanade, walking with the masses towards the Charles river, in great anticipation of a massive fireworks display, my 7 year old stopped me dead in my tracks. She yanked me down to her level with an intensely serious face and whispered in my ear “Are we Red Socks fans now?” like we had to be because we were in Boston. She was so serious about this question.

I was baffled. I mean, I watched more Yankees baseball than I care to remember growing up thanks to my grandpa. He even had a special system for betting on the World Series. There were charts and graphs and double stick tape and different colored markers. It was professional. All for the family to keep track of the games and who was going to win. But as an adult, as a mom, I don’t really watch any sporting events. I have three girls who love theater and dance so I haven’t had to.

My daughter’s question and her anxiety about what baseball team we now had to affiliated with was so darn cute. To me. To her, she needed to know. She said “While we are here, we are Red Socks fans. When we are home what are we?” With that one simple question I felt that I had failed my grandpa. I had tossed aside a family tradition and now my poor daughter was lost. She didn’t know which team was hers! Who do we, as a family, as a state, root for? These were the burning questions of the burning hot day, July 4th, 2010.

I whispered back to her that we were Yankees fans when we were home. But in that day, while surrounded by police officers and commoners alike with the most outrageous accents we had ever heard we were definitely Red Socks fans. The temperature was soaring to the high 90’s and the crowd had been  there since well before 9 am. There was no telling what would happen to a family of Yankee fans in that atmosphere. Better to just blend in if we could. Luckily, we listen to Car Talk on NPR every Saturday and the repeat of the same show on Sunday so we understood some of what was being said around us.

Walking to the porta-pottys gave me time to reminisce about my grandpa and the Yankees of the late 70’s early 80’s. There was Goose Gossage with his mustashe,  Willie Randolf who sounded like he’d be alot of fun, Bucky Dent who would have been really cute if his name wasn’t Bucky, and Don Mattingly who I think is now a reporter for NPR…cause how could there be two Don Mattinglys.Manager/not manager Billy Martin (who I did think was married to Steinbrenner cause of the way they were always in a fight) and Yogi Berra who I assumed was related to for Yogi Bear. Dave Righetti pitched a no hitter!! THAT was an exciting night!! There was some character named Jesus (whom I believed was actually Jesus and I was VERY upset that the Yankees would lose while Jesus was on their team). Dave Winfield had an appropriate name (and he was super cute). Reggie Jackson and Lou Piniella in the out field catching fly balls.

Every single summer evening was spent either on the porch swing with the transistor radio tuned into Phil Rizzuto and Bill White (who ironically was black…or I thought it was ironic….just like I figured it was blasphemous that there was a guy named Jesus who wasn’t actually Jesus…I was a weird kid) or watching the live televised games in the livingroom. Grandma in her recliner, Grandpa in his, me on the floor in front of the fan. I had a team, it was the Yankees. I understood the game, I knew the players, I fell asleep to Scooter and Bill giving me a play by play with some extra added facts along the way.

My kids have no idea what it means to fall asleep to a game…or be kept awake well into the 10th, 11th or 12th inning because it is just that exciting. My grandma making her “tut tut” sound every time the camera caught one of the players spitting chew (which was every time) and her dislike of Pete Rose. Gram would usher me off to bed and Gramp would come shove his tiny transistor under my pillow so I could secretly catch the last of the game. He and I would people watch (while my grandma and mother did their shopping) with the ear phones shared between us listening to the game. He and I would go bike riding down to the lake and he would say “Double header today…we have to get back. The game is on”.

Despite all of this Yankee-ness I was raised with, I didn’t intentionally pass it on to my kids. But as my daughter looked around suspiciously at the crowd of Red Socks fans, I knew that somehow grandpa had his legacy. On the forms I had to fill out at the hospital when I was giving birth I put down that I was a Lutheran (despite not having been to church in years at that point). I also filled out that I was a Yankees fan(despite not having seen a game since the 1985 season) Some things just are.

I still can’t listen to a game on the radio, because it makes the loss of my grandpa too raw, and he has been gone 25 years. My grandpa is most alive to me in the summer. Those are the most vivid memories I have of him. Riding bikes, sailing rubber band air planes in the driveway, picking corn from his garden, riding on the riding  mower. It really wasn’t as idyllic as I remember it being, but that is ok too. The Yankees are our team and we survived Boston. And my daughter unexpectedly reminded me what it means to be a child in summer and who we are. The next night the Red Socks were playing Tampa Bay. I caught the first inning on tv and the Rays were up by one and thought “kick their ass Rays” despite really disliking anything having to do with Tampa Bay. It is just that deep. So deep that my kid knows instinctively that she is a Yankee’s fan. I bet those transistor waves went straight to my ovaries. It’s genetic.