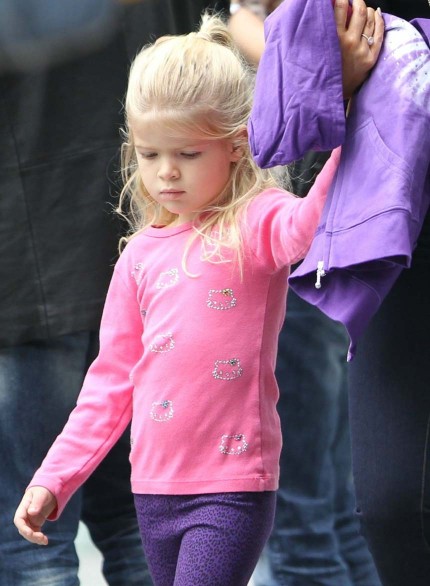 I'm sure she finds daddy's rants hysterical!!! Way to "be a village" America!!!

Enough with the Charlie Sheen circus. Really. I woke up this morning to Breaking News: Charlie Sheen’s kids were removed from his home last night!!! And in other news: some riots in some foreign countries and some natural disasters, death, destruction and global economy is near ruins. Now, back to Charlie Sheen….

Let me explain something to you all….mental illness is not funny. Addiction is not something that should be televised and laughed at. Charlie Sheen has lost his mind, that is clear. Why is that being televised? Because we, as a nation, are fascinated by the downfall of the rich and famous? Nice. Let’s think about his kids for a minute. His innocent, young kids. Not only are they being exposed to his insanity, but it is being documented so that they will get to live with it for the rest of their lives. They didn’t ask for this. No one is protecting them.

Where are the mothers of these children you ask? They have also been waylaid by Charlie’s diseases. Living with an active alcoholic is too much for most of us….isn’t that why YOU aren’t living with an active alcoholic? If asked your opinion wouldn’t it be “I wouldn’t BE in that situation!” Ok, then shut up. Because your opinion doesn’t count and you have no experience, if you did, you would be as pissed off as I am about the entire fiasco.

I listened to Donald Trump talking about running for president….yes, did you miss that when you were all giggling over Charlie’s latest tweet? Yes, Donald Trump considering a run for president. Because he feels that America is the laughing-stock of the world. Because we aren’t making money and we have high unemployment. We need to focus on bringing gas prices down so that China will stop making fun of us. Ok, Donald, I am pretty sure that China is laughing at us because we are filling up our tanks at 5 dollars a gallon and judging Charlie Sheen….now we are superior!!! Superior to CHARLIE SHEEN!!!!!! Ahhh, that feels better…

So, here’s the deal. Charlie isn’t going to stop. He is out of control and it isn’t funny it is sad. I knew an alcoholic who was brow beaten his entire life by people who loved him but didn’t know any better. They were constantly, until the day he died, telling him he had the power to stop drinking. If he really loved his family he would stop drinking. The guilt and blamed heaped on his shoulders finally broke him. And what choice did he have but to believe that the people he loved and trusted were right? That he really did have the power to stop? And when he really, truly could NOT stop, he gave in and began to say “you’re right. I guess I don’t want to stop.” What choice did he have? His loved ones MUST be right. He couldn’t believe that he actually had no power to stop…..

The facts are this: Charlie Sheen is no different from any other addicted mentally ill person. They are all around you. The only difference is they don’t have a tv show. That’s it. And their families love them just as Charlie’s family loves him. And Charlie, just exactly like every other active addict is suffering. The pain is so overwhelming he has to figure out a way that he can justify his behavior.

Imagine, if this were YOUR father and his manic episodes were being broadcast and you were being abandoned. Imagine if it was YOUR husband who you could no longer speak to because his actions had almost killed you. Imagine it was YOUR son who was acting so irrationally, hurting his children without any thought…just imagine. What would you do? Sign up for his twitter? “Like” his insane quotes on Facebook? DVR his latest interview on tv? Or would you be in so much pain and confusion, desperate for someone, ANYone to help you get him help…..or maybe, if it was your loved one, you would just laugh at him and act incrediouslous…..and then you would probably vote for Donald Trump, wouldn’t you….. 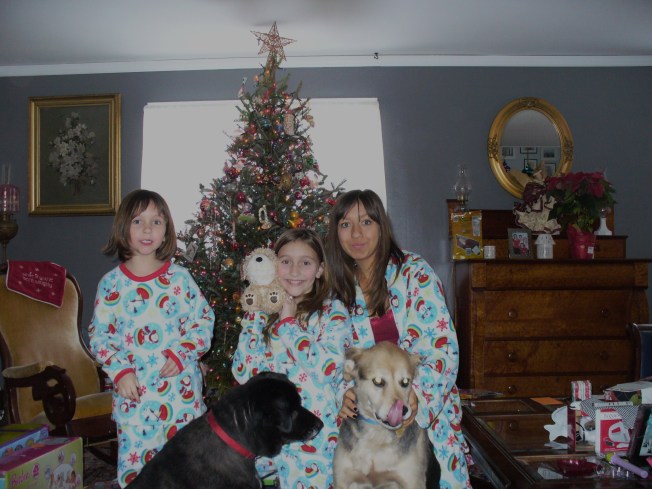 They say we are only as sick as our secrets. I don’t know if this is his secret or mine….

Spencer spent the first 8 years of his life outside. When he was in, it was mainly in the mudroom. Then, he spent a year at my mother’s house in the village, where he accidently broke her knee, but that’s a story for a different day…. And when we moved in here, Spencer and Emma came home. They became urban dogs. They began their transformation at my mother’s house where they had to learn to walk on leash and how to steal food off the counter rather than eat fish out of the creek. They developed a whole new set of skills. Emma eventually learned that she was now a kept dog and she would be fed and walked. She just had to be patient. Emma is a good, smart dog. Spencer is a fart.

Don’t misunderstand, Spencer always had a tendency toward theft. Even when we lived in the woods and he had his fill of critters, he would take every opportunity to steal people food. He did the typical “turkey pull” where the dog pulls the cooked turkey off the counter. The difference being, he pulled it down and swallowed the 14 pound bird whole. He may be part snake as his bottom jaw unhinges and he’s a sneaky, sometimes slimy mutt. I’m not kidding, for a 120 pounds, this dog is fast!!

Spencer eats anything and everything he can. He loves garbage, dead animals, and candy. He is a chocoholic. Every year we had an easter egg hunt with about 30 kids and their families. I made a huge ham and turkey dinner and I knew better than to let the dogs in the house. I put the 20 bags of candy in the mud room not knowing that Spencer was what he was which is insane. He ate 10 bags of easter candy, tinfoil and all. Of course the entire world told me he would die as chocolate is deadly to dogs in large quanties. What he whole world didn’t know he was a coon hound’s disease survivor so I figured he’d survive this too, if only by sheer stupidity and will power. At the same time, if the chocolate had killed him then, after taking care of his paralyzed ass, I would have been severely pissed. Lucky Spencer didn’t know that chocolate was poison. The only effect the chocolate had on Spence was a sugar high, followed by a sugar low and then at of diarrhea. He likes to go all out on the holidays. Thank you easter bunny. Bawk Bawk!

Obviously from that day on, I knew there was no more being careless with food. Spencer had an addiction and me, being the codependent enabler I am, stepped right up to the challenge of keeping him sober or at least keeping him from eating us out of house and home. But for that year that he and Emma lived with my mother, I became lax. We could actually sit down to dinner without one of us having to keep lookout for a sneak attack from the dog. We would actually leave bread on the counter, a bowl of candy stayed right where we put it.

And then they came home. And I do believe Spencer was bolder and less apologetic than before. He felt entitled to help himself to whatever he wanted. The kids and I began to live like we were in prison. We eat with one arm around our plates and our eyes ever shifting back and forth waiting for that hot doggy breath on our legs, signaling that he is about to take what is ours. Bringing groceries in is a 3 person job now. One to stand guard in the kitchen, one to stand guard at the car door and one to actually bring the groceries in. When heating something up, there is no way to put it down and answer the phone, or the door. If the kids aren’t there to protect the food, I can’t get the door or answer the phone. Or if I do, it is with food in my hands. Bowls filled with meatloaf, hot pans of lasagna, plates of brownies, that how I greet guests to my home, not because I am suzy homemaker, but because if I turn my head, that damn dog will have scarfted down every scrap.

I am considering doing an intervention and sending him to rehab.